This weekend it dawned on me how ordinary my insulin pump feels. I think I had built up the new visibility of my invisible illness so much that I imagined wearing this device would be the equivalent of a Presidential motorcade – it’d be hard to miss. But the truth is it’s just another thing to put in my pocket.

After my phone, Dexcom receiver, wallet, and whatever else I need in close proximity, my insulin pump isn’t that big of a deal.

Of course, I have the luxury of saying this because I’m a guy. It’s a bit of a challenge finding clothing that doesn’t include some kind of pocket. I see first-hand how managing an insulin pump as a woman presents its own unique challenges.

I do wonder, however, how the reality compared to my expectations for other significant moments in my diabetes life. My first insulin injection on my own. My first blood glucose check. My first proper A1c blood draw. My first stand-up-to-my-endocrinologist moment. My first tweet. My first blog post. Those last two might seem a bit out of place, but social media has played just as significant role in my diabetes health as my insulin pump. It’s all part of a bigger equation that leads to a happier and healthier me.

I know I started down one thought and ended on another, so here’s a picture from the Monterey Bay Aquarium to keep the random going. 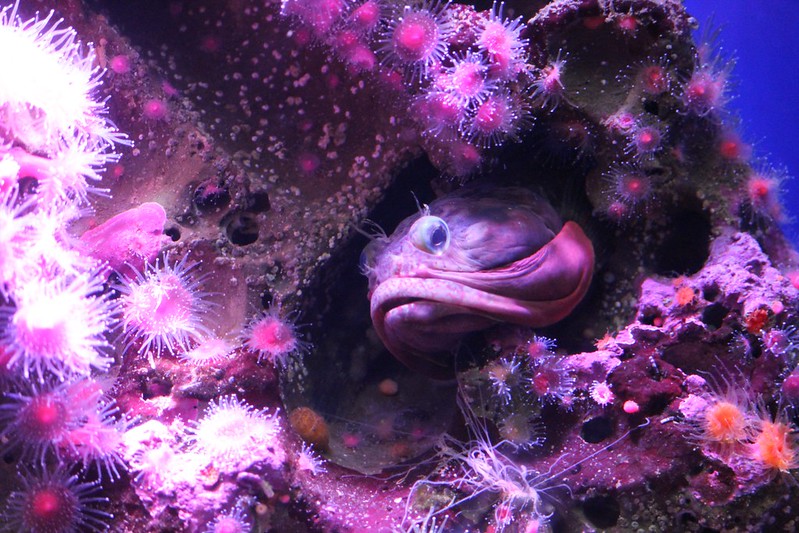 Photo by me. The rest of the album is on Flickr.

Have a nice day.