48 hours is enough time to offer hyperbolic impressions of this thing, right? Right.

As previously mentioned, I’m going to wear out my current Seven Plus sensor while I’m in the opening stanza of my time with the G4. I think the concurrent CGM-ing will better amplify the differences between the two systems. I know some of these observations won’t mean a lot in the grand scheme of things since the Seven Plus is being phased out, but you never know who’s reading. And I want to put some thoughts down now before I fall back into the routine. Diabetes is new and exciting again thanks to the G4 – let’s celebrate.

First things first, the transmitter. By Odin’s Beard, this thing is huge. Dayle has been using the G4 for about a month and I’ve seen others comment on the size of the transmitter but you can’t fully appreciate these comments until you slap one on yourself. Believe the hype, this thing is ridiculous. For some perspective, I want to put the size difference in a proper context, I’m thinking of stacking some pennies to document the difference. It worked for insulin pen needles, right?

I can’t fully comment on the accuracy after just 48-hours so just put “So far” before every one of these two statements.

The sensor itself isn’t very different from its predecessor save for one very, very small change. The cover that you peel off from the adhesive side of the sensor has lost the little adhesive bit at the wings. It’s a super small change that Dexcom has no reason to include in a press release, but I’ve had a number of “hanging chad” incidents when prepping a new sensor. Not having to deal with the wing tips on the adhesive, while only saving me seconds out of the day, is a nice change. If Dexcom took the time to make changes like this to their system, it give me hope to the idea that they really took to heart all of the user feedback they collected during the development of the G4. (More on that in a bit).

Have I mentioned how big the transmitter is? Seriously. Huge.

The receiver will, understandably, gets the majority of the focus with respect to big changes. I’m a big fan of the iPod Nano-ness of the new receiver. The fact that it fits in the pointless pocket in my jeans (I don’t remember who first called it a ‘Platinum Pocket’) is a nice party trick.

Tangent: I made a list of things I can do while I wait for the display to come on after hitting a button:

The biggest improvements for me, so far, are with the receiver display – and this is where I think all of that user feedback made the biggest difference. (Back to bullet points)

I can’t stress how big of a deal these changes are for me. These intuitive improvements tell me that Dexcom cares as much about the user experience as they do for the science. I’m sure other companies spend plenty of time soliciting user opinions and gathering as much data as possible through various market research techniques but Dexcom is the only company that I have a direct relationship with. Maybe one of you, my eager readers, can comment on insulin pump improvements from one generation to another, but if Dexcom is the standard for utilizing user feedback, I think we’re going to be okay. 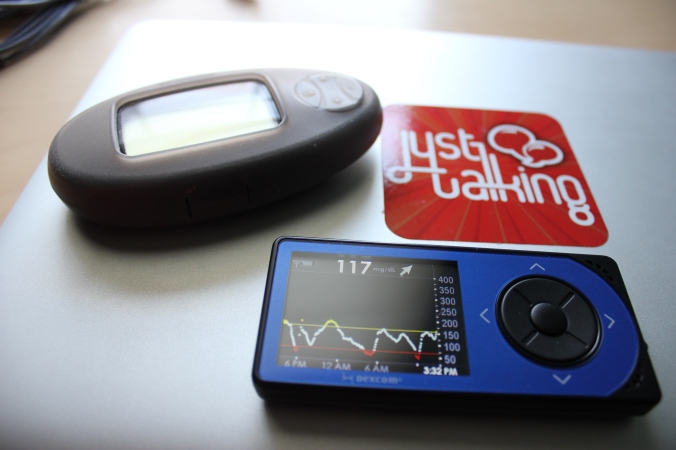 10 thoughts on “By Odin’s Beard: Impressions of Dexcom’s G4 after 48 Hours”